Wireless communication (WIFI) is all around us.  This communication platform can be found in sophisticated devices such as a smartphone or satellite array.  It is also found in IoT (Internet of Things) devices such as smartwatches and even in modern children’s toys.  It’s available in televisions, automobiles, kitchen appliances, and entertainment devices.  Wireless technologies have enabled many regions around the world to communicate over long distances allowing the consumption of news and entertainment.

Firstly, wireless communications standards were developed by the IEEE (Institute of Electrical and Electronics Engineers) group and designated as 802.11.  You may be surprised to know that WIFI is a coined term invented by a company called Interbrand which means that Wi-Fi does not stand for anything except that it is the common term used when referring to something that can communicate wirelessly.  Interbrand was hired to come up with a marketing scheme that would be catchy and easy to remember.  Thus, Wi-Fi was born and with it a new group called the Wi-Fi Alliance was formed in 1999.  Did you know that each device with the official Wi-Fi logo from the Wi-Fi Alliance group has undergone certification to meet the standards?  Each device must meet the following requirements in order to become certified:  They must conform to the IEEE 802.11 wireless radio standards, the WPA and WPA2 security standards, and EAP authentication standards.  Older security standards such as the use of a WEP key are obsolete and no longer considered secure.  The WEP key was commonly associated with 802.11b and 802.11g wireless devices and need to be replaced.

Furthermore, in the most basic sense, wireless technologies require two main devices in order to communicate with each other.  Those devices are transmitters and receivers.  The ability to transmit or receive data is accomplished by antennas.  For example, a cellullar phone or modern smartphone is connected to a wireless (or cellular) provider that sends (or transmits) data to your device which receives the data and through the magic of programming, the device interprets the data so that your phone can display the information.  Let’s look at the devices in your home.  A wireless network in your house will consist of a wireless router (transmitter) and any number of devices (receivers).  These receiving devices could be a computer, laptop, smartphone, gaming console (XBOX, PS4, Nintendo Switch), television, etc.

When you have questions or would like professional help installing or troubleshooting your WIFI network, give Lucas Marketing & Tech Services a call at 239-351-5517 send your message HERE. 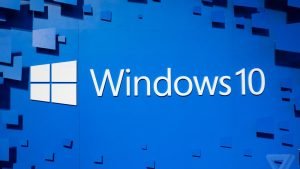